By Jennifer Newton for MailOnline

Britain’s natural beauty has been captured in a stunning series of images taken in the country’s national parks.

The amazing pictures are the winners and shortlisted snaps in a photography competition held by UK National Parks and the Campaign for National Parks.

Almost 1,700 pictures were submitted to the competition via social media by people who shared moments when they were out exploring the heritage sites, wildlife and landscapes of the UK’s 15 national parks.

The dramatic winning shot was taken by Pete Stevens and shows a rare osprey swooping in on its prey in the Cairngorms National Park. Shortlisted entries include a picture of a greedy puffin in the Pembrokeshire Coast National Park and an image showing the magical landscape of the Brecon Beacons in Wales.

Competition judge Andrew Hall, of Campaign for National Parks, said: ‘There is something about nature that moves the soul and enriches our lives. But the reality is that some of the amazing moments captured throughout this competition will be denied to the next generation.

‘I hope that people looking at this shortlist see the urgent need to treasure the natural world, to get out, feel inspired, but also to do more to protect and improve our national parks.’ Scroll down and behold Britain’s natural charm… 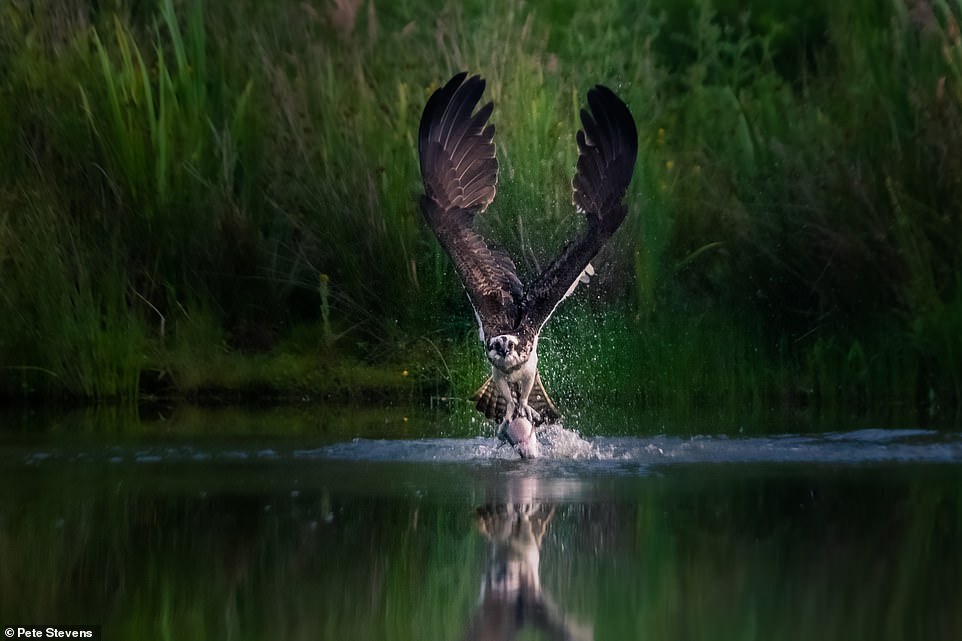 The winning shot in the national parks photography competition, which was captured by Pete Stevens in the Cairngorms National Park. Pete said: ‘It was taken at Gordon MacLeod’s Aviemore osprey hide at about 6am in July 2019. The local ospreys from around the Cairngorms National Park take fish from the loch to return to the nests to feed their young before the long journey back to Africa at the end of the summer’ 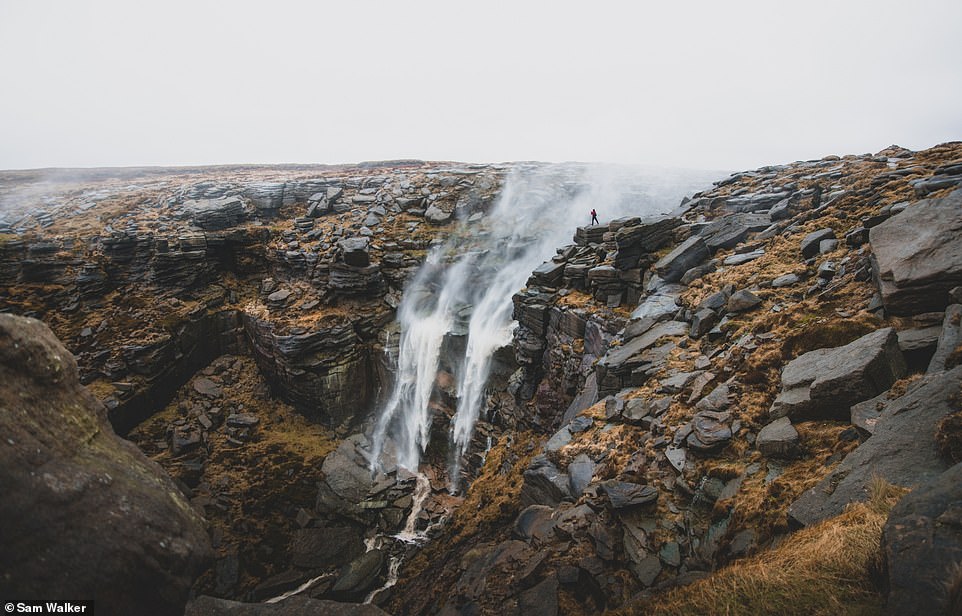 Photographers Sam and Ike Walker were the runners-up in the contest with this image taken at Kinder Downfall in the Peak District National Park. It was snapped during Storm Dennis when 75mph winds caused the waterfall to flow in reverse. Sam said: ‘Having grown up in the Peak District, it’s inspiring to me that there are still new things to see and discover like this in a national park I’m so familiar with’ 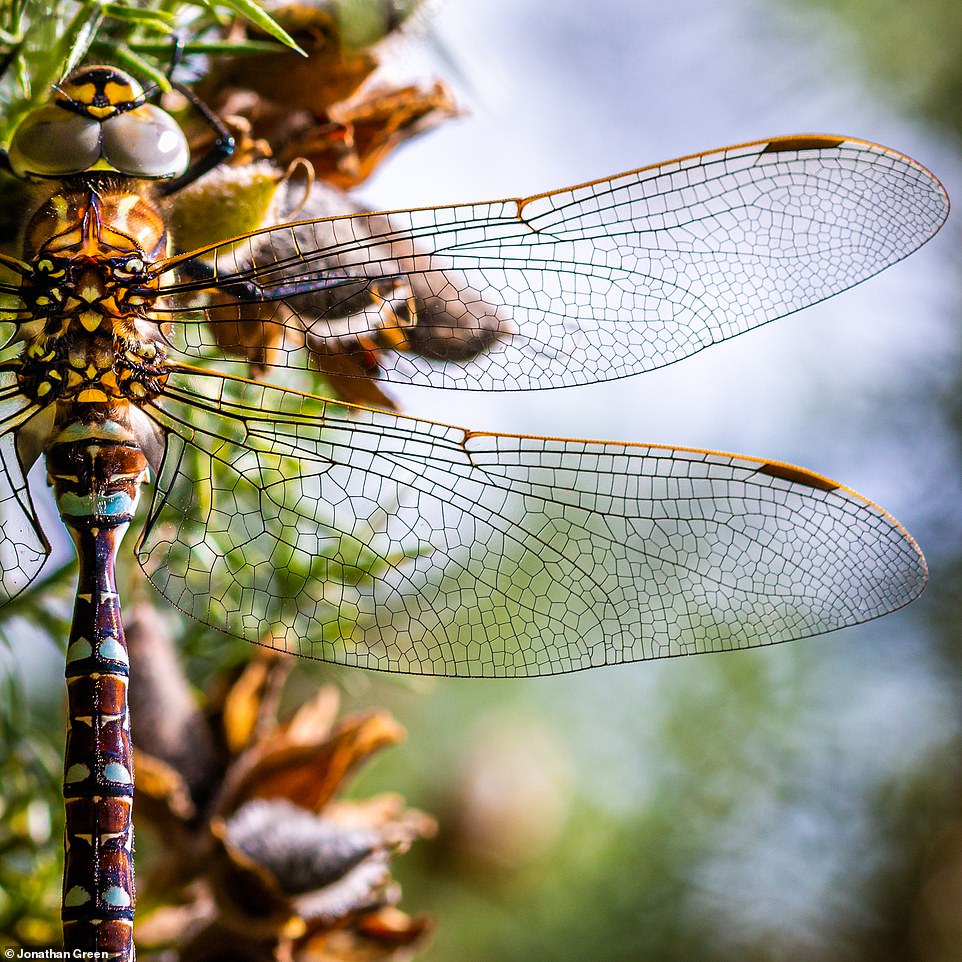 Photographer Jonathan Green captured this extreme close-up of a dragonfly in the North York Moors National Park. Speaking about the shortlisted image, Jonathan said: ‘It was in a really awkward position for any kind of decent picture, but as I may not have got the opportunity to take another picture of one again, I braved the spines and got stuck into the gorse. I love the detail on the wings and it’s rare to be able to get so much of such a small subject in clear focus. Getting a few scratches was worth it’ 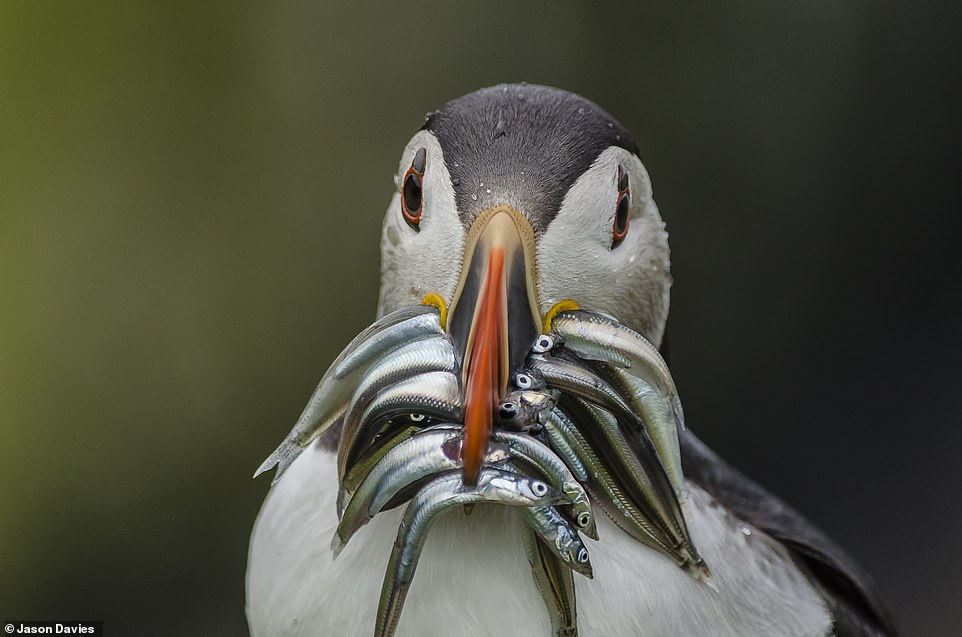 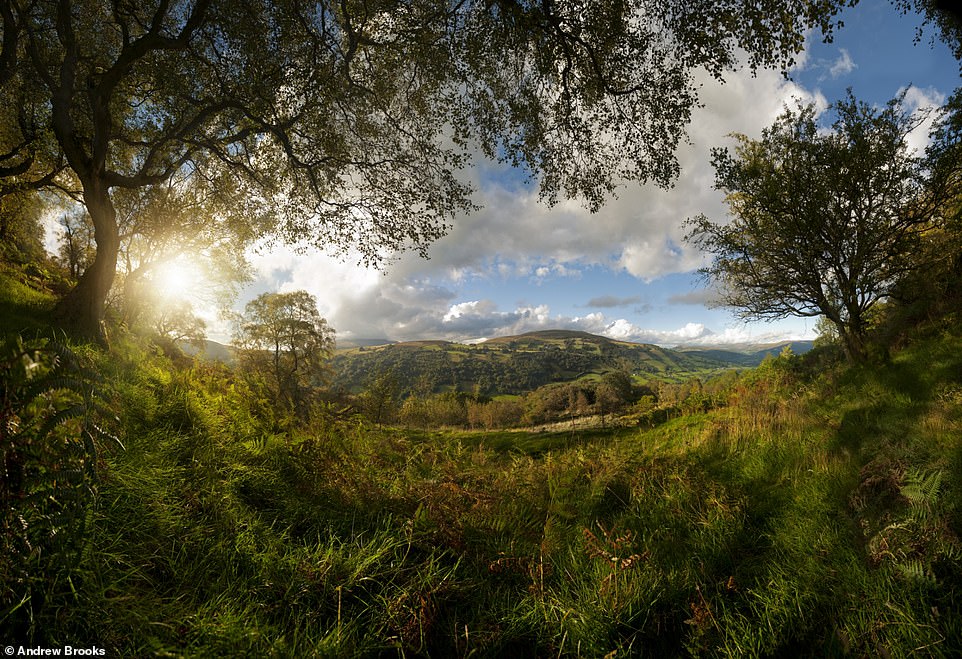 This stunning shortlisted image, which captures the stunning beauty of the Brecon Beacons National Park, was taken by Andrew Brooks. He said it was taken towards the end of a day spent walking around Dyffryn Crawnon 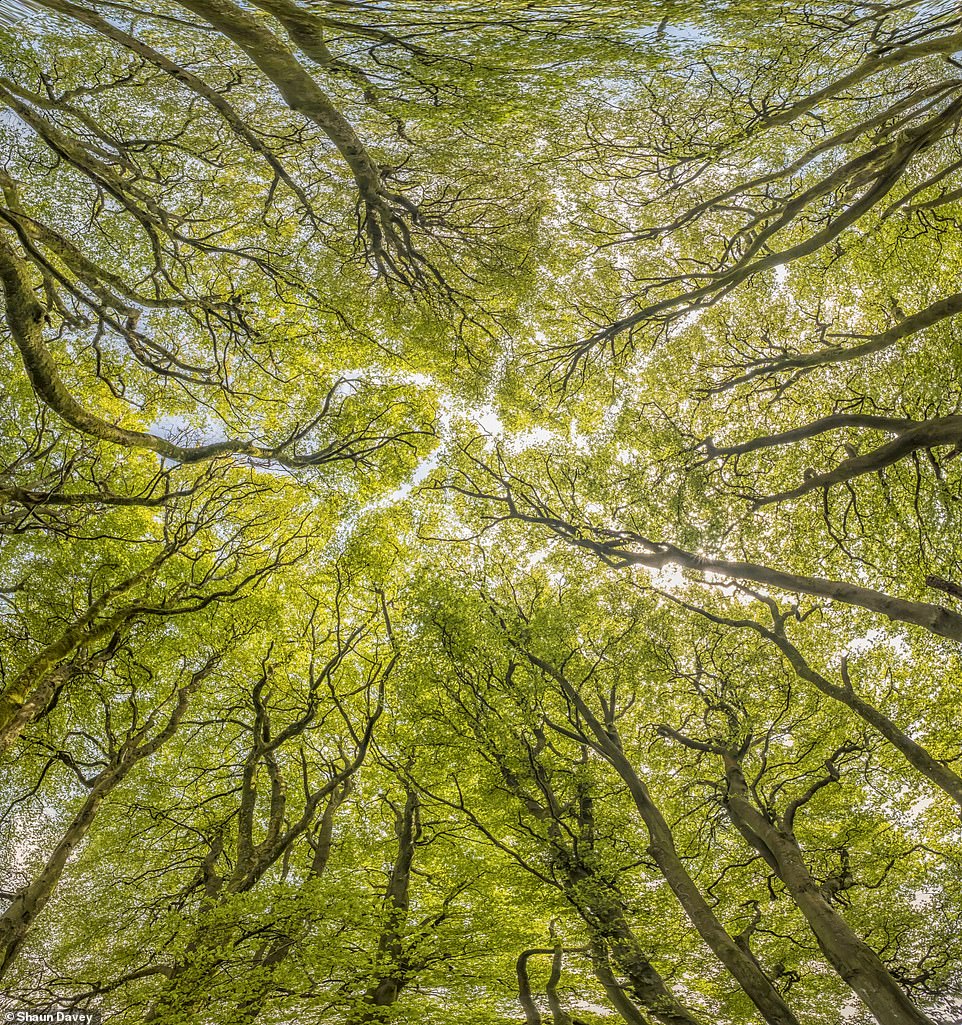 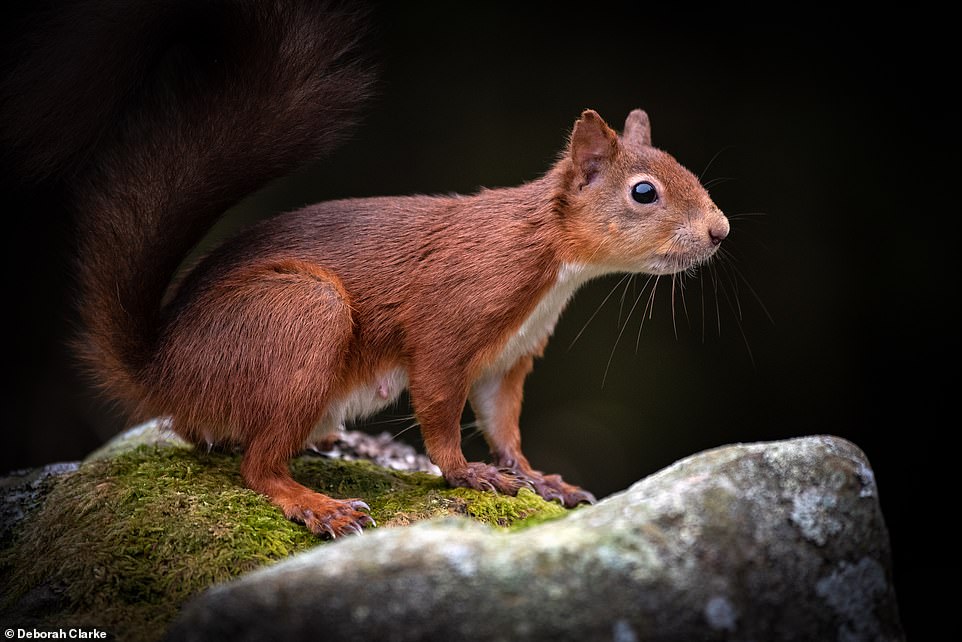 Deborah Clarke was shortlisted for this sweet snap of a red squirrel in the Yorkshire Dales National Park. She said: ‘I spotted this lively red squirrel scampering along the top of a drystone wall in Snaizeholme. Luckily for me, it paused for a second, before disappearing into a hole in the wall, probably in search of a long-lost nut cache’ 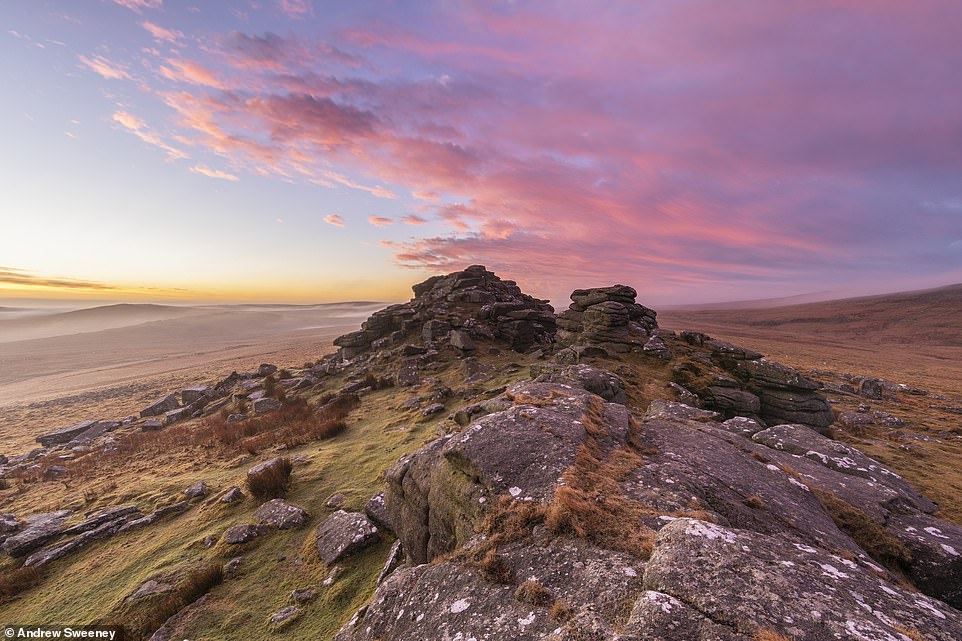 This shortlisted image of a misty February morning on Dartmoor’s West Mill Tor was snapped by Andrew Sweeney in Dartmoor National Park. He said that as the mist cleared, it gave way to a sky full of pastel colours at sunrise 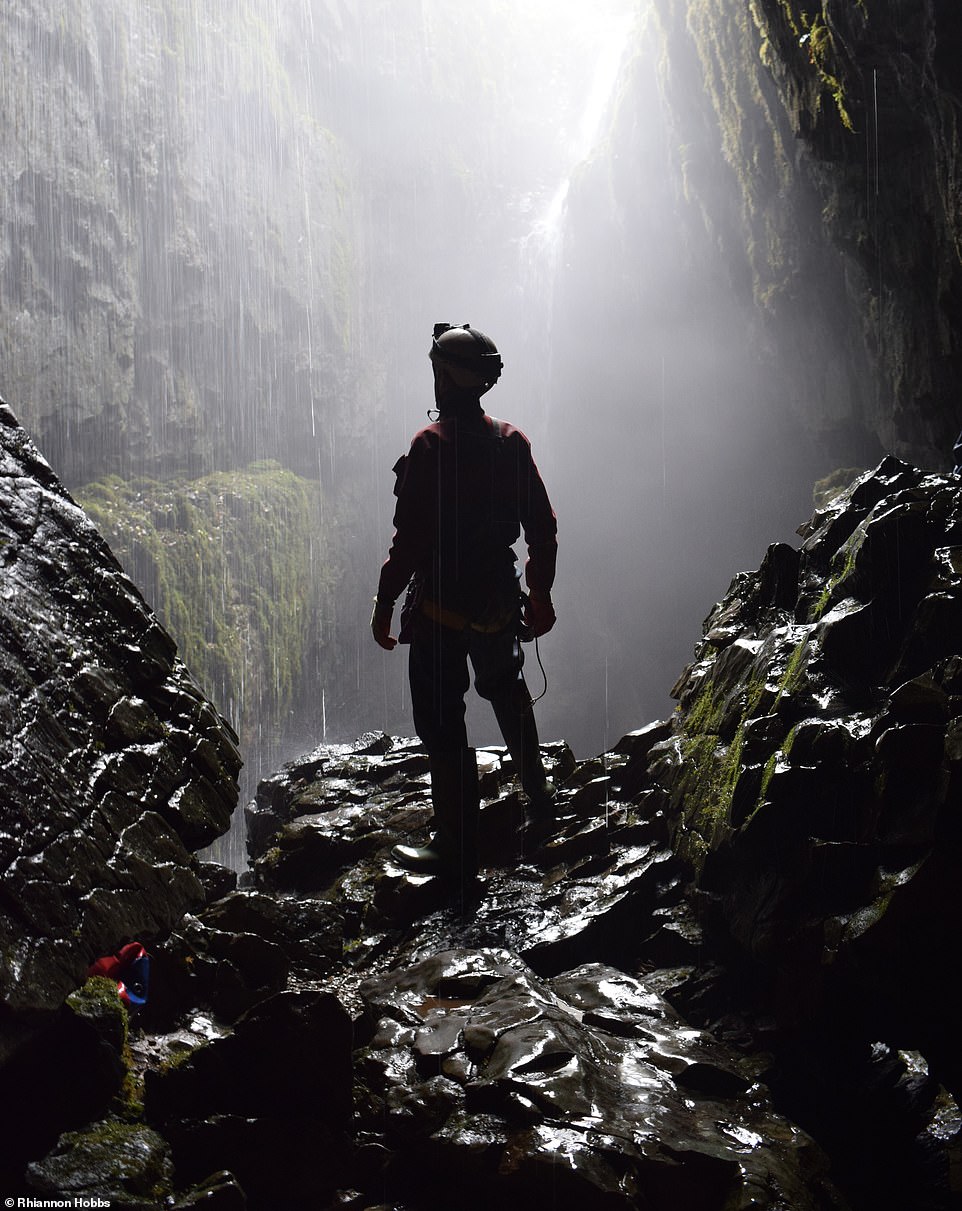 Rhiannon Hobbs was shortlisted for this image she captured in the Yorkshire Dales National Park. It shows a caver admiring the stunning view from the opening in Alum Pot – a large pothole 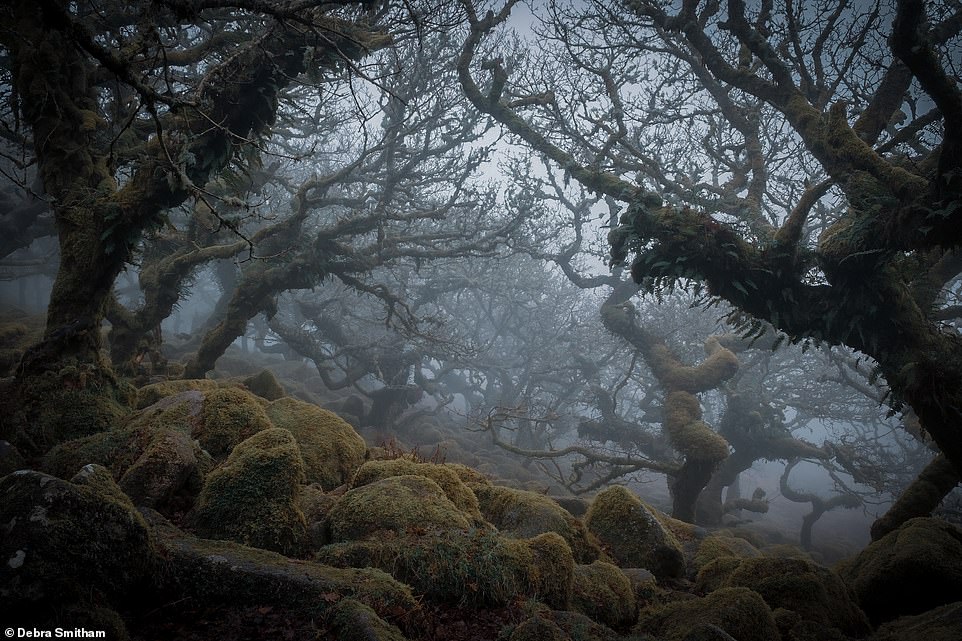 WHERE ARE THE UK’S 15 NATIONAL PARKS?

Loch Lomond and the Trossachs